European standards bodies CEN and CENELEC are putting ISO standards at the vanguard of the struggle against climate change. 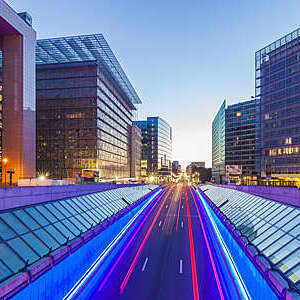 By Barnaby Lewis
Tagged as

The London Declaration is an historic announcement made at the ISO General Assembly in 2021. It is a rallying call to those who understand that if we are to make urgent progress on the most pressing issues for the planet, we can’t do it alone, and we can’t do it without standards.

CEN is the European Committee for Standardization. That means that it’s responsible for uniting standardizers from 34 European countries and ensuring that their work runs smoothly and results in effective standards that improve the lives of more than 750 million people.

In some ways, CEN carries out a similar role to ISO, but focused specifically at the European level. Likewise, CENELEC, the European Committee for Standardization in the electrical and electronic field, can be thought of as having a similar function to the IEC, but with a European rather than international mandate.

Together, CEN and CENELEC identify and develop the standards that help to smoothly mesh the cogs of everyday life in areas like air and space, construction and consumer products, energy, the environment, food, and a whole lot more besides.

ISO has a long history of successful partnership with CEN. In many cases, it is International Standards that receive official endorsement as “European Standards” through a process known as the Vienna Agreement, which recently celebrated 30 years of harmonizing standards for people who live in, and trade with, Europe.

The London Declaration is a clear demonstration of the ambitions of the European and international standardization community in the fight against climate change. CEN and CENELEC are happy to do their part and contribute to a net-zero future.

CEN and CENELEC’s endorsement of the London Declaration further demonstrates the willingness of Europeans to tackle climate issues with urgency, and to do so through practical means. Putting standards at the centre of climate strategy means that beyond the grand promises made so easily by leaders of governments and businesses alike, actions can be measured, verified and trusted.

Want to get the inside scoop on standards, or find out more about what we do? Get in touch with our team or check out our media kit.

Keep up to date with ISO

Sign up to our newsletter for the latest news, views and product information.